← more from
Shelter Press
Get fresh music recommendations delivered to your inbox every Friday.
We've updated our Terms of Use. You can review the changes here. 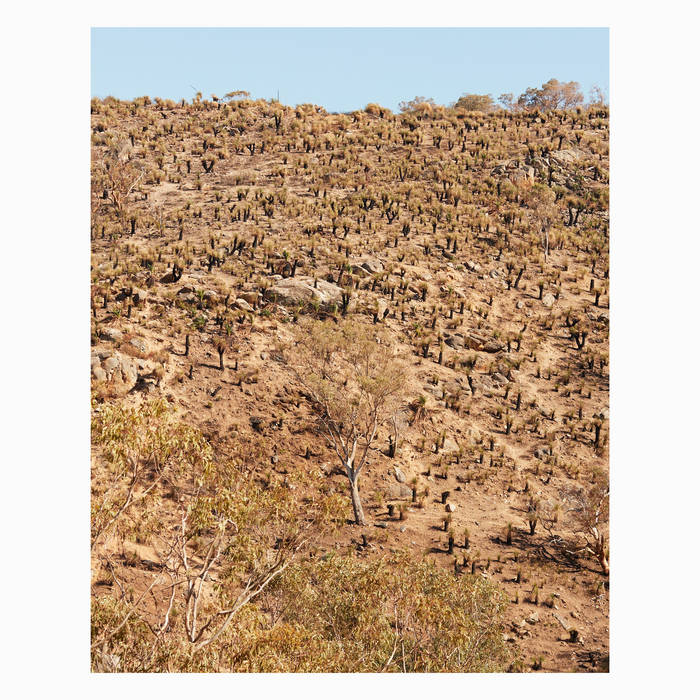 Both noted for strikingly forward-thinking bodies of solo work dating back to the 1990s, the duo of Andrew Pekler & Giuseppe Ielasi - collaborators for the better part of a decade - reemerge with 'Palimpsests’, their first outing with Shelter Press. Built from deconstructed layers of texture, tone, and arrhythmic percussiveness, the album’s 2 sides distill 6 years of work into 9 splintered, airy reimaginings of minimalism - each surprising, creatively rigorous, and startlingly beautiful - that rest at the outer reaches of contemporary electroacoustic practice and musique concrète.

Based in Berlin and Milan respectively, Andrew Pekler and Giuseppe Ielasi have individually carved singular paths across numerous disciplines within experimental music for more than 20 years, each deploying sampling, synthesis, and acoustic sources to weave their own, distinct worlds of sonorous abstraction. Brought together by years of friendship and a shared devotion to layered texture and complex, fractured structure, the pair first joined their creative energies in 2013, a collaboration that culminated as the LP, ‘Holiday For Sampler’, issued by Planam.

'Palimpsests’, the duo’s second outing, draws its material from a series of improvisations made by the Pekler and Ielasi in Milan during 2015. Over the ensuing six years, those recordings would undergo various transformations - cut, reworked, sampled, and added to by each artist, working at geographic distance between Berlin, Kyoto and Monza - before culminating, like the album’s title suggests, as a unique manifestation of musical palimpsest; “an object reused and altered, while still bearing visible traces of its earlier form”.

With each of the album’s compositions nodding toward a city with which Pekler and Ielasi hold biographical connections, 'Palimpsests’ constructs sound as poetic metaphor; a series of ghosts - traces of memory, image, and action - cut and reassembled, in cycling permutations, before been set into action at a glacial pace with layered, transparent forms.

Defined by remarkable restraint and pointillistic precision, across the album’s two sides Pekler and Ielasi weave the fractured remnants of their sessions - reduced to glitches and warbling fragments of texture and tonality - into pulsing expanses of spatial ambiance that defy imagism, blur the boundaries between the synthetic and organic - reducing their sources to a series of unknowns - recast the boundaries of electroacoustic practice on markedly singular terms.

Shelter Press is thrilled to present 'Palimpsests’, another brilliant outing from the duo of Andrew Pekler and Giuseppe Ielasi. Issued in a limited edition of 500 copies on black vinyl, with artworks on printed inner and outer sleeves by Traianos Pakioufakis.

Bandcamp Daily  your guide to the world of Bandcamp